The notion of artistic research is a relatively new one. Not only its forms and principles, but even the definition is a subject of ongoing discussions. Nino Jvania herself participated in one of those discussions held in the framework of the AEC European Platform for Artistic Research in Music (EPARM) in 2015 in Graz (Austria). The same could be said about its methodology. Some authors of important works dedicated to this subject even talk about methodological anarchy. Though, this research genre has already gained specific characteristics that enable us to label a research as artistic or non-artistic one.  Nino Jvania will describe some projects of past and present trying to categorize them, thus identifying some topical challenges of the field.

Nino Jvania has been praised for her “consistently compelling performance, an ideal combination of precise touch, choreographic flair, and calm, keen concentration” (Boston Globe) and recognized as “the Snow Queen of New Music” (Westfälischen Nachrichten). After graduating from Tbilisi State Conservatoire, she went to Germany to study at the R. Schumann-Hochschule Düsseldorf. Her particular interest in contemporary music led her to multiple participations in Stockhausen-courses (Germany) and the prizewinning performance at the Orléan International Piano Competition of 20th Century Music (France). She was the grant holder of the DAAD, Alfred Toepfer Stiftung, the Heinrich Boell Foundation, and the International Ensemble Modern Academy. Her interest in contemporary music determined also her research activity: she is the author of several scholarly works and a monograph on contemporary piano performance. At present she works as an AssociateProfessor at the Special Piano Chair and the Dean of Faculty of Performing Arts of V. Saradjishvili Tbilisi State Conservatory.

Nino has been invited as a guest artist and faculty member to various festivals and courses of contemporary music in the USA, Argentina,Ukraine,Azerbaijan, Germany, etc. She is also the co-founder ofannual Festivals of Contemporary Professional Music – Kontrapunkt and Alla Kontrapunkt held in her home town Tbilisi, as well as of New Music Ensemble Georgia Modern. 2010 and 2013 Nino was a visiting professor and scholar at Boston New England Conservatory and New York University, holding also guest lectures at Harvard and Tufts Universities.

In 2019, together with a composer Eka Chabashvili and a pianist Tamar Zhvania Nino received the The National Shota Rustaveli National Science Foundation for the fundamental research “Development of Artistic Research Methodology on the Example of Exploration of Piano of the 21 st Century and Its Future Perspectives”, thus being among first artists to be engaged with artistic research in Georgia. 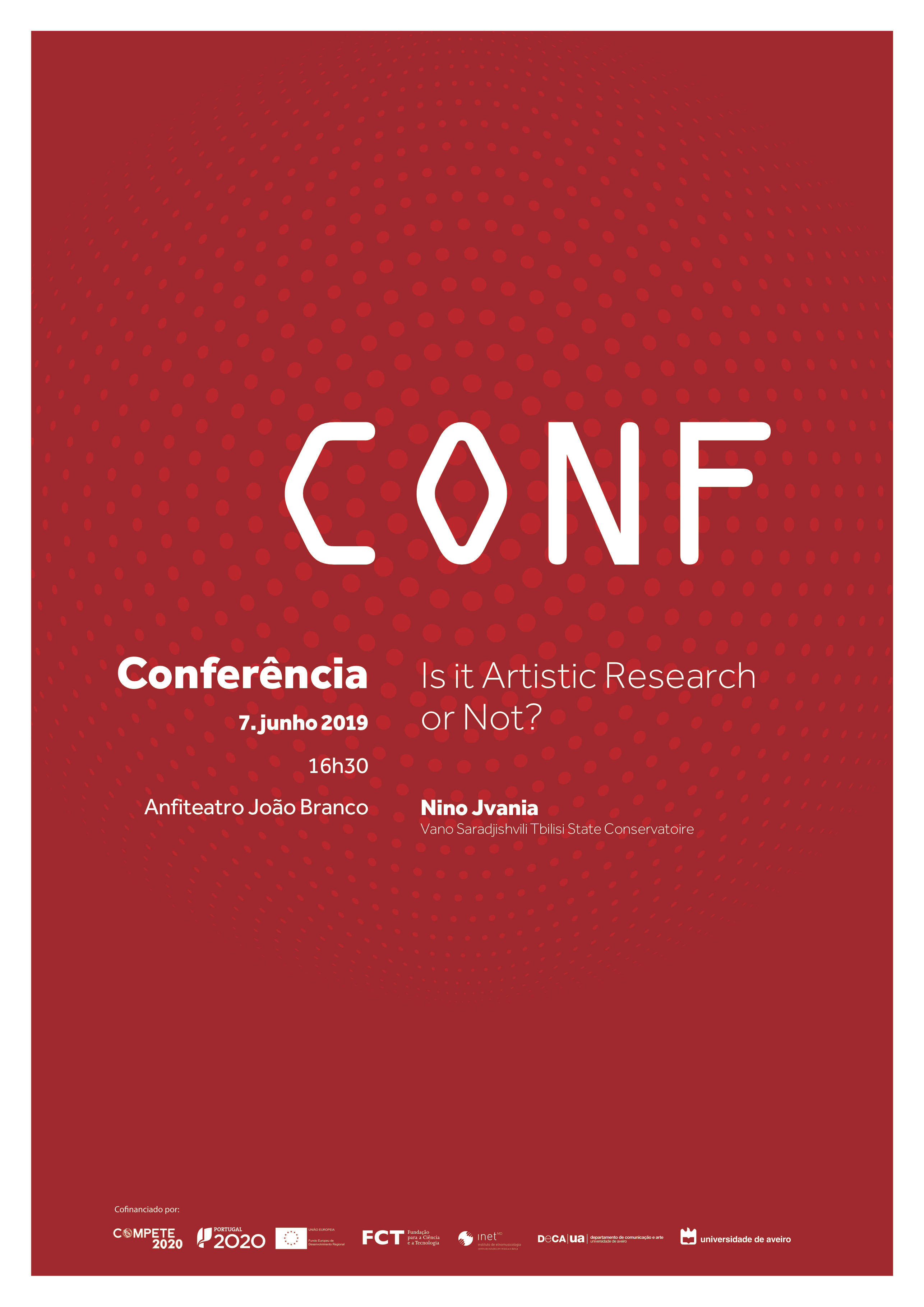 The communication platform IMPAR – International Meetings and Publications on Artistic Research - was created to publicise activities and disseminate publications relating to Artistic Research. This platform aims to establish international relations with other agents worldwide, through a range of activities. The projects featured on this platform are mainly developed by the researchers and artists at the University of Aveiro branch of INET-md, Institute of Ethnomusicology and Centre for Studies in Music and Dance

This work is licensed under a Creative Commons Attribution-NonCommercial-ShareAlike 4.0 International License.