We are excited to announce that one of the guest artists and speakers at the Hands-On Research Symposium 2019 (October 28th – November 3rd, 2019) will be Liz Garnett (Birmingham Conservatoire).

Liz Garnett is a choral clinician and musicologist whose research and praxis both explore the theme of music and its social meanings. She studied music at the Universities of Bristol and Southampton, then taught at Colchester Institute’s School of Music and Performance Arts for four years, before moving to Birmingham Conservatoire, where she served as Head of Postgraduate Studies until June 2009. She is the author of The British Barbershopper: A Study in Socio-Musical Values (Ashgate, 2005) and Choral Conducting and the Construction of Meaning: Gesture, Voice, Identity (Ashgate, 2009) and is in demand internationally as a performance coach and close-harmony arranger. 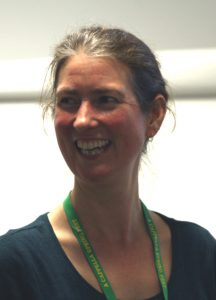